ADD Responds to an Elimination Diet 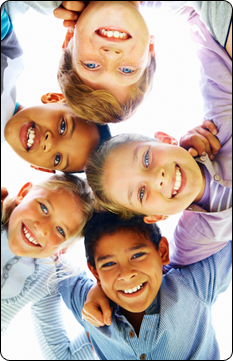 Attention deficit hyperactivity disorder affects 5% pf children worldwide. It is often diagnosed by teachers who have difficulty managing certain children in class, and leads to the prescription of drugs that alter behavior, particularly stimulants such as Ritalin or Adderall. These drugs are addicting, related to amphetamines, and cause physical growth retardation, as well as emotional dullness. Parents are often loathe to submit their children to these drugs.

The Finegold diet, a program that restricts the intake of sugars, food colorings and preservatives, has been found effective in managing a number of children with ADHD symptoms. A recent paper (Lancet, Feb. 5, 2011, pp.494-503) offers similar results, and encourages that the first treatment for children with ADHD should not be with drugs, but rather with dietary management.

One hundred children, 4-8 years of age, diagnosed with ADHD or oppositional-defiant disorder, were enrolled in a placebo-controlled trial. The elimination (few foods) diet consisted of rice, meat, vegetables, pears and water, complemented with specific items such as fruits, potatoes and wheat. If children did not improve after two weeks, the complementary foods were eliminated. Children were assessed by their parents, teachers and pediatricians.

Seventy eight percent of children who completed the elimination diet phase had improved. Two thirds of these children, after being placed back on unrestricted diets, reverted to their prior behavior.

The authors conclude, dietary intervention should be considered in all children with ADHD, provided parents are willing to follow a diagnostic restricted elimination diet for a 5-week period Considering the dangers of drug therapy in these children, I believe the qualifying part of the sentence should be disregarded, and a trial of diet therapy should be mandatory.