The Many Uses of Ozone 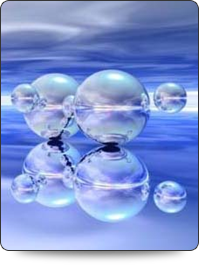 Ozone is a fascinating molecule, an activated form of molecular oxygen containing one extra oxygen atom and called O3. It a highly active unstable gas, which must be utilized within minutes of its production. Ozone has a multitude of medical uses, as an antibiotic effective against bacteria, viruses, molds and parasites, and as an anti-inflammatory agent to promote healing in orthopedic conditions and autoimmune diseases.

Last month I went to the first international congress for ozone use in dentistry and medicine. Presenters came from the US, Germany, South Africa, Egypt, Cuba and Brazil. Their research was remarkable.

Ozone has been adopted for dental application by 100,000 dentists around the world, but few in the United States. Because of its highly potent antibacterial properties, it is highly effective in treating periodontal disease, dental abscesses and root canals. Difficult to manage problems can be rapidly resolved using ozone. Aseptic necrosis of the mandible, a serious complication of bisphosphonate drugs used for osteoporosis, can heal with ozone. Children’s cavities can be treated without anesthetic injections and without drilling, with a topical application of ozone, leaving the kids smiling and with thumbs up.

In Egypt, severe third degree burns occurred on the chests and breasts of women when their stoves exploded, causing enormous pain, scarring and disfigurement. However, when ozone was applied to the skin dissolved in water, in an ozone sauna, and by rectal insufflation or intravenously, the burns healed rapidly and without scar formation. Severe leg ulcers penetrating through muscle to the bone were healed with ozone, within 2-3 months, primarily by wrapping a bag around the extremity and filling it with ozone gas, or spraying on ozone dissolved in water. Many limbs were saved. Photographs revealing thorough healing of terrible wounds were nearly incredible.

Ozone has been used in Cuba to treat many medical problems over the last twenty years. Over 2 million treatments have been given with rare, minor adverse reactions. Administration has been mainly by rectal insufflation through a thin, inert tubing. Rectal ozone is absorbed through the intestinal lining and circulates throughout the body.

We have used ozone injections in our practice to treat joint, muscle, tendon and ligament pain over the last year, with excellent results in many patients. Ozone is injected after prolotherapy solution, through the same needle. Pain is usually minimal. We have treated knees, hips, shoulders, elbows, ankles, necks, lower backs, thumbs, and wrists. Even patients with severe degenerative arthritis have responded. I believe this treatment should be offered routinely before proceeding with surgery.

Peyronie’s syndrome, curvature of the penis due to fibrosis, can be improved with local injections of ozone with procaine.

Eye infections, including conjunctivitis, and herpes keratitis, can be treated with ozone dissolved in water.

Lipomas in the skin can be dissolved by injecting them with ozone.

Ozone dissolved in soap can soften skin and make it look more youthful.

Ozone therapy is a widely effective modality, in some infections more effective than antibiotics, without the side effects. It can provide healing in inflammatory conditions in place of toxic immunosuppressives. It is an invaluable adjunct in dental procedures. It is highly effective in traumatic and degenerative orthopedic conditions.